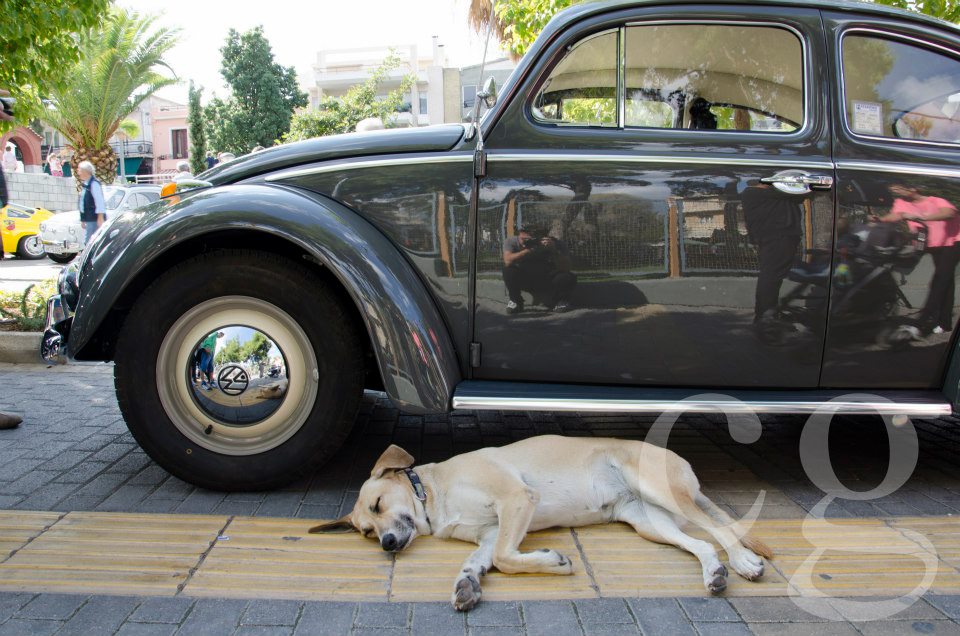 I am pleased to report that at long last my 1962 VW Käfer restoration project has been completed successfully! And just in time to enter the car in the “9th Concours d’Elegance PHILPA 2012“. The ‘spare no expense’ restoration project lasted about nine months and by all accounts the result is quite stunning.

Picking up the thread of the story since the previous post detailing the process, I add few words before completing the project; the car was loaded on a transporter from the body shop heading to the upholsterer, Christos Tsadilas. There, the TMI upholstery kits were fitted to the car, the front windshield was replaced along with new rubber seals, the carpet kit was improved and fitted.

Here is a short video clip from the unloading sequence:

Afterwards the car was taken to the electrician Stefanos Tokatlian (who had fitted the new wiring loom and had done all the connections), for fitting the new Blaupunkt Frankfurt radio sourced from Koenigs Klassik Radios, plus few other details.

Several last minute missing items were sourced from Oval Dean who carry BBT stock items in Athens, before the car was declared ready. On the first drive home along the highway, the speedo climbed to 110 kph without any hesitation or drama.

The renovated little car with matching numbers is intended to be driven regularly, has normal licenese plates and is pledged to my wife Ivi as a birthday present 🙂

Enjoy the photo album here below.

3 thoughts on “The VW Käfer is back on the streets!”

This site uses Akismet to reduce spam. Learn how your comment data is processed.